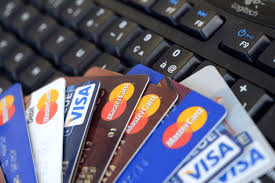 Google is very interested in your shopping habits – so much that the tech giant is collecting and saving your purchase history.

The company has been quietly keeping track of your online (and sometimes, offline) purchases for years, according to a recent report from CNBC.

In that report, writer Todd Haselton explains that he was looking around in his Google account and found something alarming:

A page called "Purchases " shows an accurate list of many — though not all — of the things I've bought dating back to at least 2012. I made these purchases using online services or apps such as Amazon, DoorDash or Seamless, or in stores such as Macy's, but never directly through Google.

But because the digital receipts went to my Gmail account, Google has a list of info about my buying habits.

Google even knows about things I long forgot I'd purchased, like dress shoes I bought inside a Macy's store on Sept. 14, 2015. It also knows:

I ordered a Philly cheesesteak on a hoagie roll with Cheez Whiz and banana peppers on Jan. 14, 2016.

I reloaded my Starbucks card in November 2014.

I decided to check my own Purchases page to see what kind of data Google has been collecting there and found this:

Being Totally "Disappeared" by Google