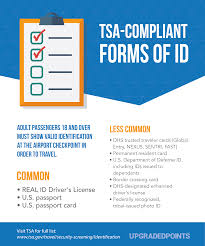 When you arrive at the airport to board a flight, do you have any legitimate "expectation of privacy?" Uncle Sam and the Orwellian Transportation Safety Administration (TSA) would like you to think you don't.

I beg to differ.

It's not enough to be poked, prodded, and groped by bored TSA agents as we pass through airport checkpoints. The agency is now telling us – falsely – that we need TSA-compliant identification documents to board our flights.

To make sure those documents properly identify us, the TSA is rolling out face recognition systems at major airports. The goal is to use biometric technology to identify 100% of passengers boarding international flights by 2021.

The airlines are only too happy to cooperate. Delta, JetBlue, British Airways, Lufthansa, and American Airlines are integrating face recognition into their check-in process. Naturally, it's pitched as a matter of "security" along with "passenger convenience." In some cases, you needn't even show your passport or boarding pass to board your flight. You just stare into a camera.

This practice became much better known a couple months ago when a JetBlue passenger who went through this process tweeted: Did I consent to this?

"Consent" is a loaded word. Uncle Sam would like us to believe that when we board an airplane, we've consented to a virtually unlimited invasion of privacy. Getting groped by a TSA agent is only the beginning.

The inconvenience and privacy invasion we suffer when we fly might be more palatable if there were any evidence that it's effective. But there isn't any. In 2015, the TSA sent undercover agents to dozens of America's largest airports to test security protocols. Shockingly, the agents were able to smuggle explosives or weapons through security checkpoints 95% of the time. The TSA failed in 67 out of 70 tests.

Two years later, screeners again failed to detect 95% of explosives and drugs in an undercover test at the Minneapolis-St. Paul International Airport.

Indeed, evidence suggests that the TSA has never intercepted anyone intending to hijack a plane at an airport checkpoint.

This is the system you finance with $7 billion of your tax dollars each year. It's worse than you ever imagined. It is, in the words of security expert Bruce Schneier, "security theater" at its finest.

The fact is, the only time you need to show ID to travel is if you're boarding an international flight. In that case, you'll need to show your passport to board a plane. But there's no law or regulation that says you must have your facial features mapped and sent to the TSA. And if you don't want to consent to this invasion of privacy, you don't need to, as this notice from the Customs & Border Protection (CB&P) agency clearly indicates.