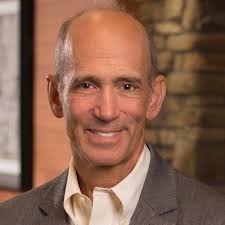 Is the vaccine business a profitable industry? You bet!1 Many vaccine pushers like to promote the idea that vaccine profits are slim, hence there's no financial incentive behind the push for vaccinations. Two years ago, the blog Skeptical Raptor, just to point to one example, stated that " … [T]he Big Pharma vaccine profits conspiracy is still one of most amusing myths of the antivaccination world."2

In reality, Pfizer's Prevnar 133 vaccine (which protects against common strains of pneumonia) actually made more money than Lipitor or Viagra in 2015, both Pfizer top-selling drugs,4,5 and the 2018 revenues for Gardasil 9 was $3 billion according to CNBC.6

As noted by Financial Times,7 profits from Prevnar 13 shot up in 2015, reaching $6.25 billion, nearly three times more than Viagra that year, thanks to the U.S. government recommendation to start using it in seniors over 65 and not just children. "The success of Prevnar shows [vaccines] can be as lucrative as any drug," the article states.8

When you have a profitable business, you want to nurture and protect it, and promote its sustained growth. That's normal in the world of business. What's not normal is enlisting government to mandate the use of your product while simultaneously preventing the sharing of bad reviews that might impact sales and/or force you to improve the safety or effectiveness of your product.

And that's exactly what's happening in the vaccine industry. In recent months, the push to censor negative press about vaccines has been outright shocking. The "justification" given is that "misinformation" about vaccines is preventing people from making sound medical decisions.

There's nothing fake about vaccine injuries. There's also nothing fake about data, oftentimes obtained from government documents, that are unfavorable for the vaccine manufacturers. The current censorship is blocking out those real-world stores of injury, and important data demonstrating that government and industry are not telling the whole truth about what is known about vaccines.

Speaking at a recent event at the World Health Organization's annual assembly, Seth Berkley, CEO of the Global vaccine alliance GAVI, stated that doubts about vaccines spread across social media "at the speed of light," and that the spread of "misinformation about vaccines," is "not a freedom of speech issue," and that "social media firms need to take it offline" because "it kills people."9