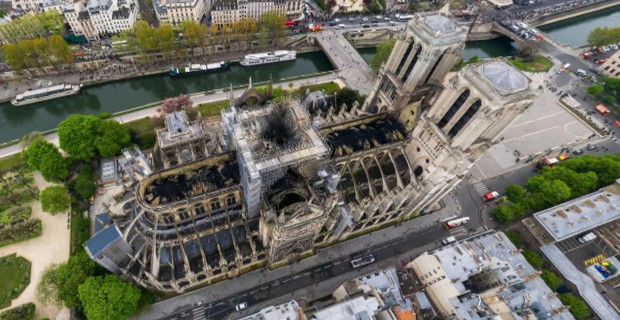 "The Senate has now approved the restoration bill already passed by the French parliament to allow work on the structure to be completed in time for the Paris Olympics in 2024 – but requires that the restoration be faithful to the "last known visual state" of the cathedral," reports the Local.

The bill stands in opposition to President Macron's announcement, made shortly after the fire, that an international competition of architects would decide the fate of the church.

This was followed by calls from numerous public figures that the rebuild should reflect France's new modernist "diversity".

Numerous suggestions on how to rebuild the cathedral sparked outrage, including proposals to turn its roof into a giant swimming pool or a huge greenhouse.

Architecture expert Tom Wilkinson also called for Notre Dame's fallen spire to be replaced with an Islamic minaret as an apology to Algerian Muslims killed by French police.As we previously reported, the French government has forbidden state-employed architects from giving interviews to the media about the Notre Dame fire, which destroyed the cathedral's spire.