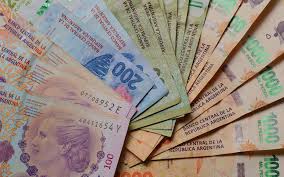 The Argentinian economy continues to shrink, afflicted by stubbornly high inflation, which President Mauricio Macri, who is running for re-election, has been unable to rein in. Hence, he is becoming increasingly unpopular.

On May 19, 2019, the country's grim economic outlook became even muddier when former president Cristina Fernandez de Kirchner announced she was running for the vice presidency alongside Alberto Fernandez (her former cabinet chief), in the upcoming presidential elections in October 2019.

Ms. Kirchner made the announcement a few days before the beginning of her trial for alleged corruption offenses related to public works contracts. The trial is scheduled to start on May 21, 2019. Reuters wrote,

Cristina Fernandez is considered by investors to be a riskier prospect because of her past populist policies. She introduced currency controls and tax increases on farm exports while in office between 2007 and 2015.