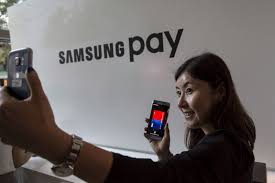 By CCN: According to Business Korea, a mainstream media outlet in South Korea, Samsung Electronics is preparing the integration of crypto assets into Samsung Pay.

Samsung Pay reportedly accounts for around 80 percent of the market share of the simple payment market and the integration of crypto assets is expected to increase the mainstream adoption of the asset class.

"Samsung Electronics appears to be moving to integrate cryptocurrencies to Samsung Pay, which accounts for 80 percent of the South Korean simple payment market. The company has recently transferred the blockchain task force (TF) of the mobile business division to the service business division," the report from Business Korea read.

What impact would a samsung pay integration bring to crypto?

In November 2018, The Korea Herald reported that Samsung Pay recorded a 58 percent increase in its user base year-over-year.

WiseApp, an industry tracker, found that Samsung Pay was the most widely utilized financial application in late 2018 with 10.4 million users. In 2017, the platform had about 6.6 million users.

10 million users represent about 20 percent of the entire population of South Korea and the platform also has many users overseas that utilize the application for its technology called magnetic secure transmission (MST), which enables users to transact at conventional point of sale (PoS) terminals by merely hovering over them.