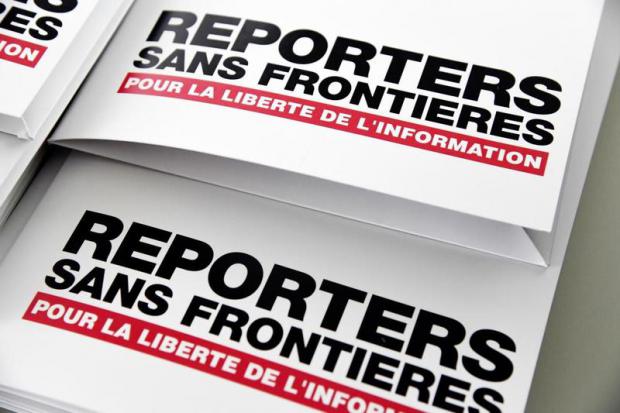 In a series of reports published in April, investigative journalists from Disclose and Radio France revealed the number of French arms sold to Saudi Arabia and the United Arab Emirates.

The documents, authored by France's Directorate of Military Intelligence (DSGI), showed that senior French officials had lied about the role of French weapons in the Yemen War.

Following the publication of the reports in April, Disclose's co-founders Geoffrey Livolsi and Mathias Destal and Radio France journalist Benoît Collombat were asked to attend a hearing at the DSGI headquarters in Paris.

The three journalists refused to reveal their sources after being questioned by the DSGI on the origin of the document, their work and posts on Facebook and Twitter.

The journalists used the hearing to defend press freedom and how it was in the public interest to publish details from the leaked DSGI document.

Press Freedom has been protected for more than 130 years under the Press Law of 1881, which gives journalists the right to keep sources confidential.

But the law, however, does not cover national security and the journalists could be sentenced under a 2009 French law that considers as an offence the handling of a classified document without clearance or proper authorisation.

If convicted, the journalists could face five years in prison and a $83,000 fine. The case could be closed by the DSGI or be handed to a judge who could take the case to trial.

Paul Coppin, the head of Reporters Without Border's (RSF) legal unit, criticised the DSGI for attempting to prosecute the French journalists.

In a statement published on the RSF website, Coppin described the case as a "matter of legitimate public interest".

"We are concerned that the sole aim of this hearing is to use the threat of prosecution to put pressure on these journalists to reveal their source," said Paul Coppin.