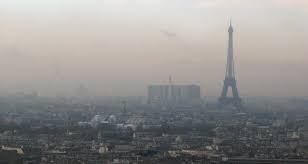 Since the movement began, articles with titles such as " Revealed: The shocking scale of poverty in France in 2018 " or " Soul-searching in France as poverty leaves one million children hungry " have become more overtly political given the context of the protests.

Typically, the government's response to accusations of widespread poverty - which, as in America, are not necessarily accurate accusations - has been to spend more money on social programs.

But here's the thing: France is already spending more than the rest of Europe when it comes to welfare programs. According to the OECD, when it comes to "public social spending" as a percentage of GDP, France tops the list at over 31 percent.

In contrast, Swedish social spending is 26 percent of GDP, while Germany and Norway come in at 25 percent. Switzerland is near the bottom of the list at 16 percent, while the US is at 18 percent.

These numbers tend to move around some from year to year, but we can see that France was still spending more than anyone else in 2016: