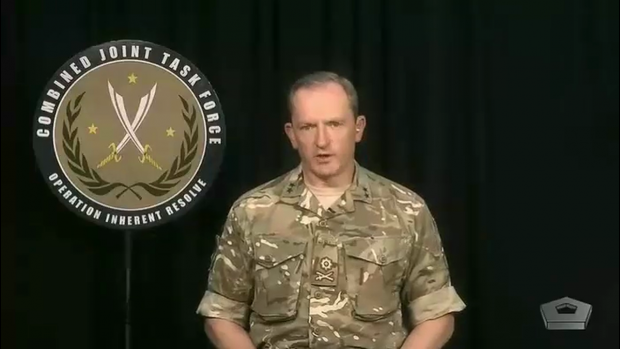 An awkward public exchange unfolded between the US military and its closest allied military coalition force during a Pentagon press conference on Tuesday wherein a top British commander in charge of anti-ISIS coalition forces rebuked White House claims on the heightened Iran threat.

"No – there's been no increased threat from Iranian-backed forces in Iraq and Syria," British Army Maj. Gen. Christopher Ghika, a deputy head of the US-led coalition, asserted confidently in a videolink briefing from Baghdad to the Pentagon in response to a CNN question. "We're aware of that presence, clearly. And we monitor them along with a whole range of others because that's the environment we're in. We are monitoring the Shia militia groups. I think you're referring to carefully and if the threat level seems to go up then we'll raise our force protection measures accordingly."

The British commander's words prompted a rare and swift rebuke from the US side hours later into the evening when US Central Command (CENTCOM) issued its own statement slamming Gen. Ghika's words as inaccurate, insisting coalition troops in Iraq and Syria were an a "high level of alert" due to the "Iran threat".

"Recent comments from OIR's deputy commander run counter to the identified credible threats available to intelligence from US and allies regarding Iranian-backed forces in the region," the CENTCOM statement said.

"US Central Command, in coordination with OIR, has increased the force posture level for all service members assigned to OIR in Iraq and Syria. As a result, OIR is now at a high level of alert as we continue to closely monitor credible and possibly imminent threats to US forces in Iraq."