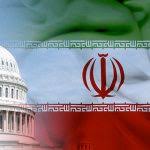 As if on cue, a mysterious attack on oil tankers near the Strait of Hormuz has brought us to the brink of an apocalyptic war in the Middle East.

On Sunday, four commercial vessels in the Persian Gulf, including two Saudi oil tankers, were seriously damaged in deeply disturbing "sabotage attacks" that immediately sent shockwaves across the entire Middle East.  Nobody took responsibility for the attacks, and at first nobody was being blamed, but now an "initial U.S. assessment" is pointing a finger at Iran.  The following comes from the Wall Street Journal…

An initial U.S. assessment indicated Iran likely was behind the attack on two Saudi Arabian oil tankers and two other vessels damaged over the weekend near the Strait of Hormuz, a U.S. official said, a finding that, if confirmed, would further inflame military tensions in the Persian Gulf.

The assessment, while not conclusive, was the first suggestion by any nation that Iran was responsible for the attack and comes after a series of U.S. warnings against aggression by Iran or its allies and proxies against military or commercial vessels in the region.