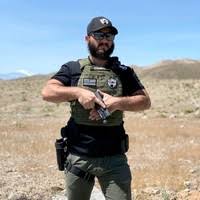 "Who thinks, by show of hands, that we should be carrying more guns in shul?" Rabbi Raziel Cohen asked the crowd at a Westside Chabad synagogue Wednesday night, during an active-shooter seminar organized in the wake of the deadly attack at Chabad of Poway.

Half the room raised their hands.

In the days since the shooting, Chabad leaders in California have scrambled to secure public safety grants and to calm frightened congregants, mobilizing hundreds more through active-shooter drills and community defense training. In Southern California, religious security experts such as Cohen, who calls himself the "Tactical Rabbi," are quickly becoming their own cottage industry.

Chabad is a movement of Hasidic Judaism. Unlike other Hasidic communities, which tend to be insular, Chabad views outreach to unaffiliated and less observant Jews as the heart of its theology — a position that sometimes puts it at odds with other Jewish groups.

Los Angeles has more Chabad congregations than anywhere outside Brooklyn. A deadly attack on one of their own just six months after the massacre in Pittsburgh has raised painful questions of identity for a group long animated by outreach. The sect's embrace of ahavat yisrael — the commandment to love one's fellow as oneself — is these synagogues' reason for being.