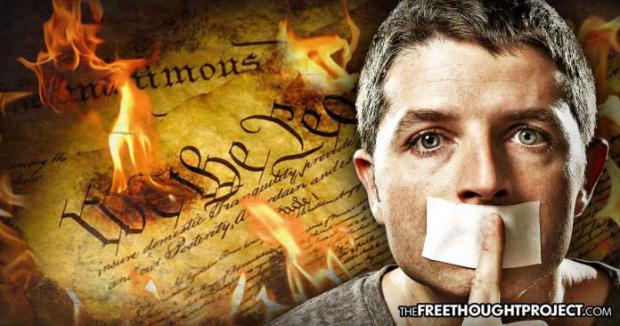 After police refused to respond to his calls for assistance, a Texas man gave police a peaceful piece of his mind, but it landed him in jail.

WASHINGTON, D.C. — (TRI) Warning that the government must not be given the power to criminalize speech it deems distasteful or annoying, The Rutherford Institute has asked the U.S. Supreme Court to stop the prosecution of a Texas man who faces up to one year in jail and a $4000 fine for sending emails to police criticizing them for failing to respond to his requests for assistance.

In an amicus brief filed with the Supreme Court, Rutherford Institute attorneys argue that the prosecution of Scott Ogle for sending complaints to a sheriff's office, including one email stating that officials were "pissing" on the Constitution, violates the First Amendment's safeguards for freedom of speech and the right to petition the government for a redress of grievances.

Moreover, Institute attorneys argue that the Texas law under which Ogle was charged, which makes it a crime to send "annoying," "alarming" or "harassing" electronic messages, is so overbroad that it could be used to punish a negative review of a restaurant posted online or caustic Facebook posts.