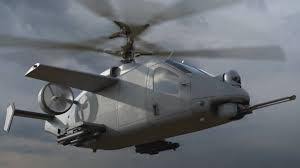 Out of eight proposals, five had been awarded for prototype agreements as of April 23, well ahead of schedule.

"FARA represents the leap-ahead technology we've been talking about," said Col. Craig Alia, FVL Cross-Functional Team chief of staff. "It's a critical program in that it fills an existing capability gap created by the divestiture of the OH-58."

Dan Bailey, Army Combat Capabilities Development Command (CCDC), is the lead project manager on the FARA program. He told the Army Public Affairs office that FARA solicitation to private defense firms was publicly announced in late 2018 with anticipated awards this summer, indicating the program is two months ahead of schedule.