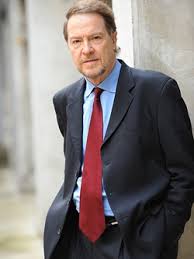 How could this be happening right under our noses?

That's what readers wanted to know after my column went viral about the extent to which young children are being bought and sold for sex in America.

Where are the police when these children—some as young as 9 years old—are being raped repeatedly?

For that matter, what is the Trump Administration doing about the fact that adults purchase children for sex at least 2.5 million times a year in suburbs, cities and towns across this nation?

I'll tell you what the government is doing: little to nothing.

While America's children are being menaced by sexual predators, the Trump Administration and its congressional cohorts continue to wage endless wars, run up the national debt, and distract the populace with vitriol and kabuki political theater.

The police are not much better.

In too many instances, the cops are worse.

Indeed, while there are certainly many good cops in this country—and I've had the honor of working with a number of them—the bad cops have become symptomatic of a criminal justice system that is deeply rotten through and through.

We can no longer count on police to save us from the worst in our society.

In many cases, rather than being part of the solution, America's police forces—riddled with corruption, brutality, sexual misconduct and drug abuse—have largely become part of the problem. As the Philadelphia Inquirer reports, "Hundreds of police officers across the country have turned from protectors to predators, using the power of their badge to extort sex."

In a number of cases, victims of sex trafficking report that police are among those "buying" young girls and women for sex.

In other words, as a recent study by the State Commission on the Status of Women and Arizona State University makes clear, "victims are being exploited by the very people who are supposed to protect them: police officers."

1 Comments in Response to Predator Cops, Guilty of Sex Crimes Against Women and Children, Are a ...

"The whole good cop/bad cop question can be disposed of much more decisively. We need not enumerate what proportion of cops appears to be good or listen to someone's anecdote about his Uncle Charlie, an allegedly good cop. We need only consider the following: (1) a cop's job is to enforce the laws, all of them; (2) many of the laws are manifestly unjust, and some are even cruel and wicked; (3) therefore every cop has agreed to act as an enforcer for laws that are manifestly unjust or even cruel and wicked. There are no good cops." ~Robert Higgs