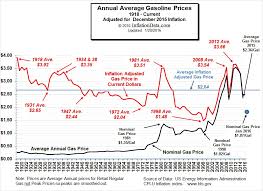 On Friday, April 26, 2019, the market was stunned with a much stronger than expected 3.2% rate of first-quarter economic growth. Wall Street expectations were clearly off the mark, ranging from 1.3-2.3%. The media took this as a sign the economy is roaring. To wit, a headline from the Washington Post started "US Economy Feels Like the 1990s."

Upon first seeing the GDP report, we immediately looked with suspicion at the surprisingly low GDP price deflator.  The GDP price deflator is an inflation measure used to normalize GDP so that prior periods are comparable to each other without the effects of inflation.

The Bureau of Economic Analysis (BEA) reports nominal and real GDP. Real GDP is the closely followed number that is reported by the media and quoted by the Fed and politicians. Since the GDP price deflator is subtracted from the nominal GDP number, the larger the deflator, the smaller the difference between real and nominal GDP.

The BEA reported that the first quarter GDP price deflator was 0.9%, well below expectations of 1.7%. Had the deflator met expectations, the real GDP number would have been about 2.4%, still high but closer to the upper range of economists' expectations.

Like Wall Street, we were expecting a deflator that was in line or possibly higher than its recent average. The average deflator over the last two years is 2.05%, and it is running slightly higher at 2.125% over the last four quarters. Our expectation for an average or above average deflator in Q1 2019 were in large part driven by oil prices which rose by 32% over the entire first quarter. Due to the price move and the contribution of crude oil effects on inflation, oil prices should have had an unusually high impact on inflation measures in the first quarter of 2019.

Per the American Automobile Association (AAA), gas prices in the United States rose from $2.25 per gallon in January to $2.75 by the end of March, a gain of 22%. Gasoline RBOB futures, the most commonly quoted contract for wholesale gasoline prices, tell a similar story, rising from $1.30 per gallon to $1.83 over the quarter, for a gain of 41%.