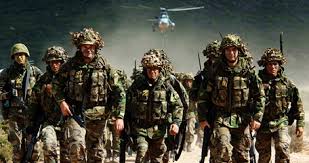 Having served in the United States Army during the Vietnam War and in the Central Intelligence Agency for the second half of the Cold War, I had an insider's viewpoint of how an essentially pragmatic national security policy was being transformed bit by bit into a bipartisan doctrine that featured as a sine qua non global dominance for Washington. Unfortunately, when the Soviet Union collapsed the opportunity to end once and for all the bipolar nuclear confrontation that threatened global annihilation was squandered as President Bill Clinton chose instead to humiliate and use NATO to contain an already demoralized and effectively leaderless Russia.

American Exceptionalism became the battle cry for an increasingly clueless federal government as well as for a media-deluded public. When 9/11 arrived, the country was ready to lash out at the rest of the world. President George W. Bush growled that "There's a new sheriff in town and you are either with us or against us." Afghanistan followed, then Iraq, and, in a spirit of bipartisanship, the Democrats came up with Libya and the first serious engagement in Syria. In its current manifestation, one finds a United States that threatens Iran on a nearly weekly basis and tears up arms control agreements with Russia while also maintaining deployments of US forces in Syria, Iraq, Afghanistan, Somalia and places like Mali. Scattered across the globe are 800 American military bases while Washington's principal enemies du jour Russia and China have, respectively, only one and none.