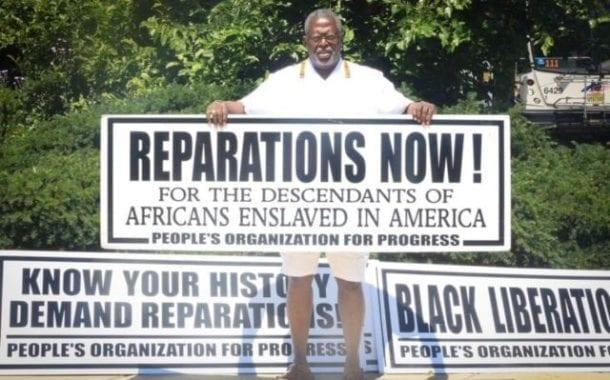 The major emotion driving the direction of politics today must be guilt. As moral codes have changed over the centuries, many have come to view Europe's colonial past as a terrible mistake, and shame over now-reviled practices seems to motivate the worldview of millions of people across the West. In 2019, the topic of reparations for slavery has been propelled back into the mainstream discussion; several Democrat 2020 presidential contenders have indicated support for the idea, and students at Georgetown University recently voted to contribute every semester to a fund for the descendents of slaves sold by the institution in the 1800s.

The policy appears to be gaining traction across the Atlantic too, and the European Union parliament has passed a resolution that promotes equality for people of African descent facing "structural racism" in Europe, while hinting at future reparations. But for all this posturing, is the E.U. a force for good in today's Africa? Or, like so many proposals today, does it just make politicians feel good about themselves and their immediate surroundings, while ignoring the ongoing suffering their policies continue to cause only a short distance away?

The resolution, though non-binding, "calls on the Member States and the EU institutions to recognise that people of African descent are subjected to racism, discrimination and xenophobia in particular, and to the unequal enjoyment of human and fundamental rights in general, amounting to structural racism." It provides a historical framework based on the colonial empire-building and "encourages the EU institutions and the Member States to officially acknowledge and mark the histories of people of African descent in Europe, including of past and ongoing injustices and crimes against humanity, such as slavery and the transatlantic slave trade, or those committed under European colonialism."

It posits that the atrocities committed during this period of history "remain largely unrecognised and unaccounted for at an institutional level in the Member States" and that current-day cultures continue to perpetuate Afrophobic ideas. In addition to various suggested solutions that aim to promote racial equality, the document "calls on the Member States to declassify their colonial archives" and proposes that making amends "may include some form of reparations such as offering public apologies and the restitution of stolen artefacts to their countries of origin."

Although a pity for European museum-goers, repatriation of historical artifacts is a reasonable and oft-suggested form of "reparations," but why limit this to Africa? The European empires spread far beyond Africa to the Americas, Asia, and the Pacific, yet these regions are not mentioned.

The man behind the resolution is British Member of European Parliament (MEP) Claude Moraes, who claims he was inspired by the experiences of MEP Cécile Kyenge, who says she experienced racist abuse upon her appointment as Italy's first black minister. But while the majority of MEPs supported this resolution, they seem to have a few objections to the E.U.'s economic policies, which continue to drive current-day Africans into poverty. What is the point of reparations for past wrongs, if exploitation continues to this very day?

In 2017, Ghanaian and former United Nations Secretary General Kofi Annan seemed to imply that E.U. agricultural subsidies were unfair and that African farmers were struggling to compete. "Here I am in Brussels, the headquarters of the European Union, which provides more subsidies to its farmers than any other region, except perhaps America," he said. "And I come from a continent where these poor farmers with limited resources are trying to compete." It is certainly within the E.U.'s rights to subsidize its own farmers, but why pretend that African wellbeing is of any concern?

US Special Forces Deploying to the Congo

Boots on the Ground in South Africa's chaos