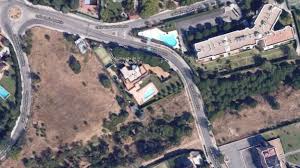 Christopher Ahn - a member of a group which seeks the overthrow of North Korean leader Kim Jong Un, was expected to be arraigned on Friday in a Los Angeles federal court, according to Reuters, citing a law enforcement official and a source close to the group.

On February 22 at approximately 3pm, at least 10 masked men carrying fake weapons broke into the embassy, tied up eight people, put bags over their heads, proceeded to beat and interrogate them for two hours, and stole electronics. One woman was able to escape through a second-floor window, and police were called after a neighbor heard her screaming.

According to a detailed document made public on March 26 by the Spanish court, three of the intruders took an embassy official into the basement during the raid and tried to get him to defect from North Korea.

When officers arrived at the embassy, a man opened the door and told them that nothing was going on. "Minutes later, two luxury vehicles sped out of the embassy," according to the report. The getaway cars - belonging to the diplomatic mission, were abandoned in a nearby street.

The anti-Kim group, which calls itself Cheollima Civil Defense, said the raid was not an attack and that it had been invited into the embassy.