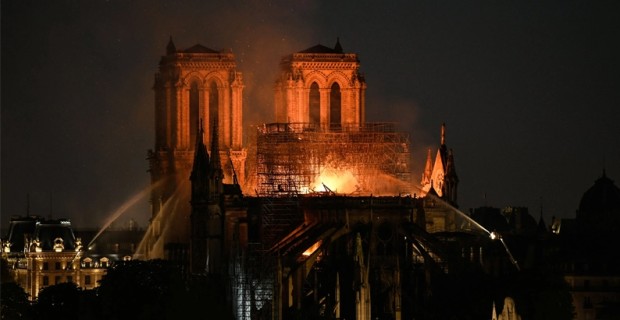 In a Rolling Stone article entitled How Should France Rebuild Notre Dame?, the cathedral is denigrated as "a deep-seated symbol of resentment, a monument to a deeply flawed institution and an idealized Christian European France that arguably never existed in the first place."

"The building was so overburdened with meaning that its burning feels like an act of liberation," said Patricio del Real, an architecture historian at Harvard University.

To describe a horrendous fire that almost completely destroyed the historic cathedral had firefighters not rescued it just in time as "an act of liberation" is completely callous.

The writer of the Rolling Stone piece agues that the rebuilding of Notre Dame should not reflect "a non-secular, white European France," but should instead be "a reflection of the France of today, a France that is currently in the making."

This view is echoed by Cesare Birignani, assistant professor at the Spitzer School of Architecture, City College of New York, who says that the previous restoration of the cathedral, which sought to keep it as true to its origins as possible, represented "an idealized version of French history that arguably never existed in the first place."

What are they going to do, put a crescent moon on top of it? How about surrounding it with minarets? Will that be politically correct enough?

"The idea that you can recreate the building is naive," says John Harwood, an architectural historian and associate professor at the University of Toronto. "It is to repeat past errors, category errors of thought, and one has to imagine that if anything is done to the building it has to be an expression of what we want — the Catholics of France, the French people — want. What is an expression of who we are now? What does it represent, who is it for?"

Modernist architects with these kind of warped ideas shouldn't be allowed within a mile of Notre Dame.