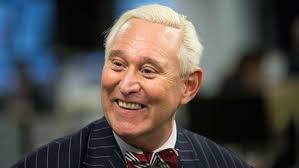 In January, when heavily armed FBI agents swarmed my south Florida home in the predawn hours to arrest me for a series of process crimes, it changed my life far more than I ever imagined. The judge in my case has issued a gag order so I am not permitted to discuss the case, the prosecution, the court or the specific charges against me and will not do so here. As the judge said, the place for talking is in court — and that time will come.

CNN, MSNBC, the Washington Post, Politico and the Wall Street Journal have repeatedly accused me baselessly of collusion with the Russians, conspiracy, and treason. That is not the case. I plan a vigorous legal defense. I will be vindicated.

The vicious biased media coverage since I was charged has been well beyond anything I have seen in? 50 years of American politics. At an appropriate time I will document the lies and misrepresentations. Of the press, suffice to say, CNN is not a news organization but a propaganda front. I do not get my news from CNN for the same reason I do not eat out of the toilet. Wolf Blitzer can kiss my ass!