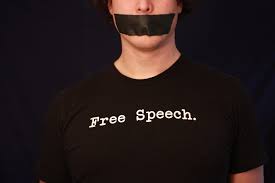 The war on free speech is heating up. Since I last wrote about this topic in February, mainstream social media portals have been falling over themselves to remove controversial – mainly but not exclusively right-wing – content.

In March, Facebook blocked all content from ZeroHedge.com. It later reversed the move, but in the meantime, the social media giant announced a new policy to remove what it calls "white nationalist" content. That move was a response to the gunman who murdered 50 people at two mosques in New Zealand and live-streamed the events on Facebook.

YouTube has introduced a new policy of disabling comments on videos featuring minors. It also deleted millions of existing comments. And after an avalanche of negative reviews about the new Captain Marvel movie, Rotten Tomatoes announced that it would prohibit comments prior to a movie's release.

Pushback against these new policies was inevitable. And now, a new platform that allows users to make comments on any web page — even those with no comments function — has emerged. It's called Dissenter, and it can be used to add a comments layer to any web page. Dissenter hosts the comments, which refer to individual web postings.

Users can post and view comments by installing a browser extension, or they can interact with user comments on the Dissenter website.

Thus, every article, video, tweet, or other web posting is now open to discussion and critique. In its first week of existence, 38,000 users posted more than 125,000 comments.

Dissenter says its mission is to "extend American civil liberties protections for political speech to every corner of the planet and to allow people to express themselves on any subject, at any time, on any URL."

I checked out Dissenter, and from what I can see the comments are almost exclusively from the hard right. The comments also feature lots of what could be construed as hate speech.

Dissenter was built by Gab.com, the company that powers the Gab social network. Gab is billed as an alternative to Facebook and other social networks that censor free speech. It's dominated by right-wing conservatives.

Good piece! Too bad I can't Tweet a link to it & make positive cmnt. Just today I rcvd email: Hi Kitty Antonik Wakfer, Your account, @KittyAntonik has been locked for violating the Twitter Rules. Please note that repeated violations may lead to a permanent suspension of your account. Proceed to Twitter now to fix the issue with your account. ----------- My Mar 24 2019 tweet: @theintercept @mehdirhasan Not including Brenton Tarrant by name plays into rabbit-hole hiding of much of this horrendous incident. Also, selectively quoting Tarrant's manifesto w/o a link to the full item eliminates reader's ability to learn all he wrote. Ppl can read Mein Keimpf! https://t.co/AsGlO2P1wr ------------ My "appeal": I have reviewed the Twitter Rules and do not see how/in what manner my tweet of Mar 24 2019 12:20pm "violates the User Agreement, including for example, copyright or trademark violations, impersonation, unlawful conduct, or harassment."