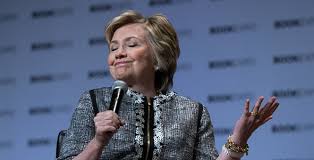 As you may or may not know, Intellihub reported on Jan. 4, that the Hammond's ranch and other ranch-lands surrounding the refuge sit atop a vast swath of precious metals, minerals, and uranium that's heavily desired by not only the federal government, but foreign entities as well.

However, at the time of the article's publication the federal government's full motive to seize the land was not yet known other than the fact that these elements do exist in the vicinity and are invaluable.

Now, after further investigation, more pieces of the puzzle have been put in place and you're not going to believe what characters are involved.

I'll give you a hint–one of them is currently being investigated by the FBI and is also running on the Democratic ticket in hopes of becoming the next President of the United States. That's right, you guessed it–none other than Hillary Rodham Clinton of the notorious Clinton crime family.

Hillary and her foundation are implicated in the dastardly scheme along with the Russian State Nuclear Energy Corporation, Rosatom, and a few dubious Canadian elite, which is where the news gets really bad.

Rosatom is ranked #2 globally in uranium reserves and #1 globally for annual uranium extraction. The sheer power, strength, and size of the corporation is undeniable. Rostom is a major power-player in today's world and didn't become that way for no reason.

You see, Rosatom wanted to expand their operations into America and needed a way in. So, in 2013, Rosatom acquired a Canadian company named Uranium One as part of a sinister side deal which involved multiple parties. Ultimately the deal opened a typically secure and closed-door, thus allowing the Russian's to salt their way into Continental United States as part of a vast and extensive plan to mine Uranium ore out of states like Wyoming and Oregon.

The deal was essentially brokered by Hillary and was run through the Clinton Foundation using Canadian-backed contributions as a cover. With one swoop of a pen the bitch sold out the American people and one-fifth of America's uranium resources to the Russian's.

In April of 2015, two reporters for the New York Times boldly reported how the plan worked:

At the heart of the tale are several men, leaders of the Canadian mining industry, who have been major donors to the charitable endeavors of former President Bill Clinton and his family. Members of that group built, financed and eventually sold off to the Russians a company that would become known as Uranium One.

Beyond mines in Kazakhstan that are among the most lucrative in the world, the sale gave the Russians control of one-fifth of all uranium production capacity in the United States. Since uranium is considered a strategic asset, with implications for national security, the deal had to be approved by a committee composed of representatives from a number of United States government agencies. Among the agencies that eventually signed off was the State Department, then headed by Mr. Clinton's wife, Hillary Rodham Clinton.