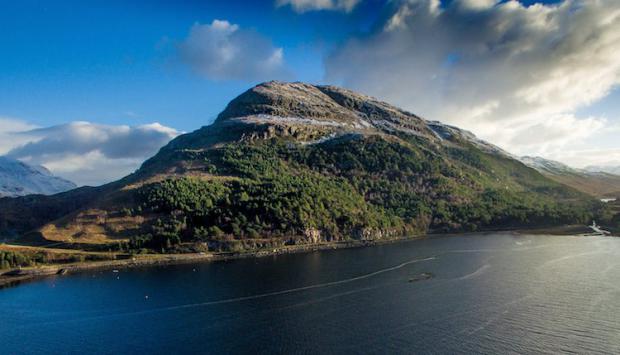 This entire mountain will now be guaranteed protection in the future thanks to a charity that managed to collect £1.6 million in just eight weeks.

Last week, the Woodland Trust Scotland announced their successful purchase of the 1,752-foot-tall Ben Shieldaig after it was put up for sale by a private landowner.

The organization now plans to "begin the process of planting, protecting and regenerating" the mountain which stands next to Loch Torridon in the northwest highlands.

The stunning peak is home to an ancient pinewood forest that can be traced back to the end of the last ice age, as well as a temperate rainforest of native birchwood.

"The public reaction to our appeal has been absolutely fantastic," said Woodland Trust Scotland director Carol Evans. "A huge thank you is due to everyone who contributed.

"This is a rare chance for us to bring a whole mountain under our care. It already supports a magnificent area of ancient Caledonian pinewood and a Scottish rainforest of native birchwood.

Why the Scottish Independence Movement May be Difficult to Stop

Could Scotland stage an independence referendum without UK approval? What the law says

KUMAR: Scottish Independence will cause harm to U.K.