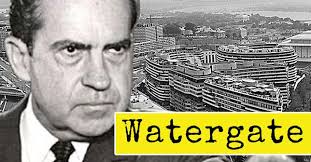 But by August 1974, Nixon was removed from office, and in April 1975, Vietnamese Communist troops occupied Saigon. What finished off South Vietnam was the "Watergate Congress" which voted to cut off all supplies. For details see James Webb's Peace? Defeat? What Did the Vietnam War Protesters Want?American Enterprise Institute, May/June 1997.

Who did this? Well, the Democrat-controlled Senate investigated the hell out of a break-and-enter committed by Republicans, which they never did when LBJ, JFK, Truman, and FDR engaged in similar activities. See It Didn't Start With Watergate , [PDF]by Victor Lasky, published in 1977. On the Senate investigative staff was a young, far-Left Wellesley graduate named Hillary Clinton.

The Democratic media, which hated Nixon with the same kind of hate they now display towards Trump, did the same thing, led by the famous Woodward and Bernstein, who probably get too much "credit" for this.