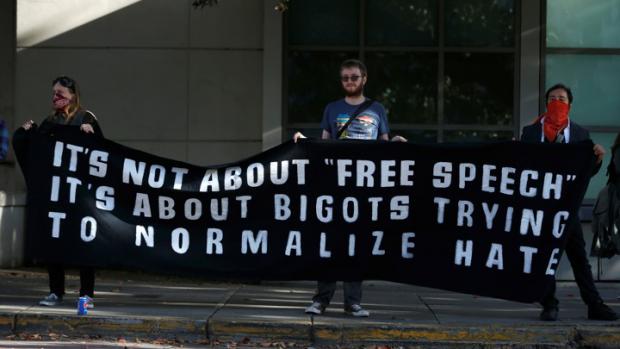 It has been an amazement to behold the appalling, hypocritical suppression of the first amendment on campuses across the nation, with their ignoble speech codes, asinine safe spaces, sinister kangaroo courts, and racist anti-whiteness crusades.

Most wondrous of all has been the failure of college presidents, deans, trustees, and faculty chairs to assert their authority and do the right thing — namely, take a stand against the arrant muzzling of free expression by campus Stalinists. Their craven passivity is a symptom of what future historians will identify as the epic institutional collapse of higher education, which first made itself into an industry like any other moneygrubbing business, and then became a titanic racketeering operation. And now it is all coming to grief.

In the years ahead, you will see colleges go out of business at a shocking rate and the contagion will spread to the giant state systems around the country. In my little region alone, several colleges have published their own obituaries in the last few months: Green Mountain College in Poultney, Vermont; Southern Vermont College in Bennington; and Hampshire College over in Amherst, MA (which is desperately searching for a buyout). That's just the beginning of a wave of closures that will send tens of thousands of academic hierophants flooding the unemployment offices while sleeping in their cars.