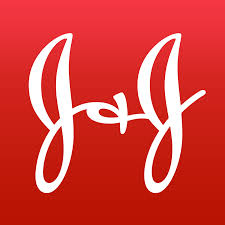 (Natural News) Who is to blame for the opioid epidemic that is currently gripping the nation and taking the lives of 60,000 Americans each year? Most people tend to blame the makers of these drugs, the doctors who prescribe them, and some even fault those who take these medications. However, now a very familiar name has been exposed as being the mastermind behind the opioid epidemic: Johnson & Johnson.

While you might associate Johnson & Johnson with pure images like the squeaky-clean, soft skin of a baby thanks to years of effective marketing, it appears that something far dirtier is going on at the New Jersey-based multinational personal care brand. The accusation that it was the "kingpin" fueling the opioid crisis in the U.S. and acting as a major seller, provider and lobbyist carries a lot of weight as it comes from Oklahoma's Attorney General, Mike Hunter.

In May, his state will see the first major opioid epidemic trial take place, and it is expected to set the stage for litigation of a similar nature across the country, not to mention a nationwide lawsuit. Hunter requested that a state court release millions of pages of confidential documents to the public that were submitted by Johnson & Johnson during the case's discovery phase, writing that the public interest contained therein is "urgent, enduring and overwhelming."

The state of Oklahoma is alleging that Johnson & Johnson targeted vulnerable populations, such as the elderly and children, for painkiller prescriptions. The company also funded groups that advocated to facilitate access to the drugs, such as the Pain Care Forum. In addition, they downplayed the drug's dangers; for example, a brochure made by a subsidiary of J&J geared toward senior citizens outrageously states that "opioids are rarely addictive."

Big Pharma Is Already Preparing Vaccines For The Next Global Pandemic