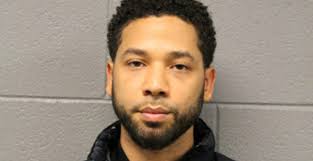 Smollett is a 36-year-old actor who starred on the hip-hop-centric TV show "Empire" from 2015 until February 2019.

Smollett was earning $125,000 per episode starring on a hit TV show. Despite his privileged status as a rich, famous, successful actor, Smollett wasn't satisfied.

He wanted to the world to fawn over him, so he cast himself as a victim. How? He hired two Nigerian brothers to stage a fake race crime in Chicago.

Smollett Rocketed to Fame for Being a Victim

Smollett, who's openly gay, claimed his attackers called him racist, homophobic slurs, tied a rope around his neck, and poured bleach on him while yelling, "This is MAGA country!"