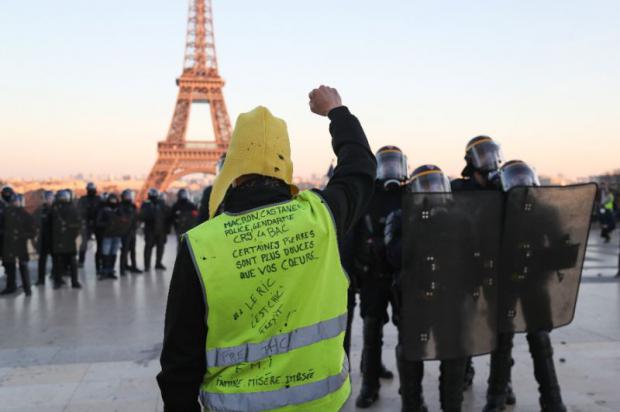 A large crowd gathered on the Champs-Elysees avenue for the 18th straight week of anti-government protests which initially rocked President Emmanuel Macron's administration, forcing him to adopt more anti-poverty measures, but had appeared to fizzle in recent weeks.

Police fired tear gas to disperse protesters who erected barricades near the Champs-Elysees in scenes reminiscent of some of the most tense "yellow vest" rallies.

Saturday's attempted reboot coincides with the end of two months of public debates called by Macron to take the heat out of the protests, which repeatedly ended in rioting in December and January.

The level of participation will be seen as a bellwether of support for the movement, which began in November over fuel tax hikes but quickly ballooned into an anti-Macron revolt.

Last week, only around 28,000 people demonstrated nationwide, according to the authorities, a tenth of the numbers that turned out for the inaugural protest on November 17.