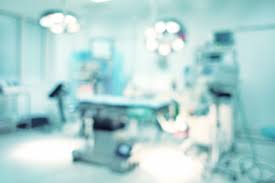 Ehud Arye Laniado, 65, was at an unidentified private clinic on the Avenue des Champs-Elysees in the French capital on Saturday when complications during surgery proved fatal.

The experienced diamond expert's heart attack happened when a substance was injected into his penis, Belgian media reported.

Mr Laniado's company Omega Diamonds, which is based in the Belgian city of Antwerp, confirmed his passing.

A statement from the firm said: 'Farewell to a visionary businessman. It is with great sadness that we confirm that our founder Ehud Arye Laniado has passed away.'

A friend of Mr Laniado's, who wished to remain anonymous, said he was 'always focused on his appearance and how others perceived him'.

'The Argentinian, that is what we used to call him at Omega Diamonds because he looked like a tango dancer.'

According to Mr Laniado's friends, the only time he forgot about his lack of height was when he asked his accountant to read out his bank statement, something which he did multiple times a day.