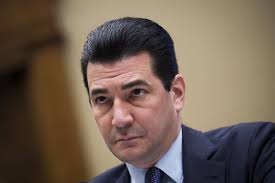 (Natural News) In a sudden and unexpected twist, Scott Gottlieb, the commissioner of the U.S. Food and Drug Administration (FDA), just announced that he'll soon be resigning from his post amid ongoing media probes in to his ties to the pharmaceutical industry.

This surprise decision comes just two months after Gottlieb tweeted that he wouldn't be resigning from the FDA anytime soon, stating:

"I want to be very clear – I'm not leaving. We've got a lot of important policy we'll advance this year. I look forward to sharing my 2019 strategic roadmap soon."

Infamous for his determined crusade to stamp out both tobacco and kratom (mitragyna speciosa) products from the consumer marketplace, Gottlieb has long been criticized for being the only FDA commissioner to ever work for Big Pharma prior to being nominated. Gottlieb also holds investments in 20 different health care companies that manufacture products he and the FDA were responsible for regulating – this being a major conflict of interest.

On the positive side, Gottlieb is credited with helping to reduce drug prices while also contributing to reductions in youth smoking rates.

"Scott Gottlieb, who has done an absolutely terrific job as Commissioner of the FDA, plans to leave government service sometime next month," President Trump tweeted following the announcement.

"Scott has helped us to lower drug prices, get a record number of generic drugs approved and onto the market, and so many other things. He and his talents will be greatly missed!"

FDA Approves the Shot! Take It or be BANNED From Society!!

CDC and FDA Admit Their Policies are Based on a "Contrived" Model, not a Virus