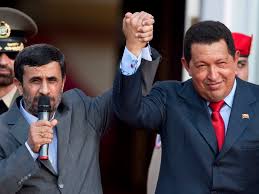 Another example of Yankee bluster and bluff?

Or is Trump prepared to use military force to bring down Maduro and install Juan Guaido, the president of the national assembly who has declared himself president of Venezuela?

We will get an indication this weekend, as a convoy of food and humanitarian aid tries to force its way into Venezuela from Colombia.

Yet, even given the brutality of the regime and the suffering of the people – 1 in 10 have fled – it is hard to see Trump sending the Marines to fight the Venezuelan army in Venezuela.

Where would Trump get the authority for such a war?

Still, the lead role that Trump has assumed in the crisis raises a question. Does the reflexive interventionism – America is "the indispensable nation!" – that propelled us into the forever war of the Middle East, retain its hold on the American mind?