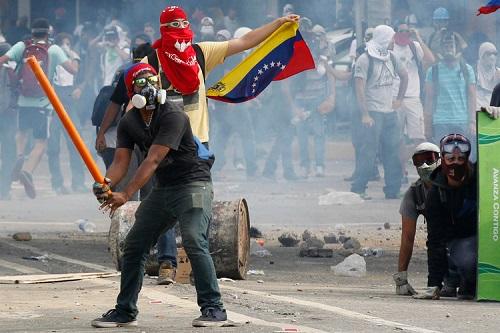 Establishment elites have always had a predilection for regime change. Obviously, this strategy helps weed out nation states that might be uncooperative with their future plans for a fully centralized global economic and political order. We have also seen regime change occur when former puppet leaders go rogue and refuse to follow the script they have been given. Most of these men have acted as dictators and are not very empathetic public figures, so we rarely care when they get overthrown or murdered. That said, there are always wider implications to such events.

I believe the reasons for regime change and the destabilization of particular countries have evolved in recent years. In the past it was about bringing each countries under the new world order umbrella. Today, the goal seems to be an attempt to create points of global contention. That is to say, the elites want to draw much of the world into various forms of conflict, and they are using special regions of the globe as nexus points for these conflicts.

Syria was and still is one of those nexus points. The transmutation of Syria began as an extension of the Arab Spring. Western funded and organized coups in Tunisia, Libya and Egypt inspired even more extremism as well as a vast flow of black market military grade armaments. The CIA under the Obama Administration in particular took advantage of this chaos to fill training camps in Jordan with "moderate rebels", the same rebels that would go on to launch ISIS and start a civil war in Syria.

While the billion dollar program to arm and supply Syrian rebel groups, many of which were closely tied to ISIS, was finally "officially ended" under the Trump administration in 2017, more covert US support continued for these groups as well support for Israeli incursions into sovereign Syrian air space.

Syria has had the potential to draw multiple nations into close and hostile proximity with each other, including the US, Russia, Israel and Iran. This was not a mistake, it was entirely deliberate.

I warned of the potential exploitation of Syria as a global point of contention for years before the actual insurgency took place because of the unique military alliances in the region. The only reason Syria has not yet been exploited to its full potential is because of the effective exposure of the conspiracy by the alternative media. The establishment push to use American troops to help ISIS extremists overthrow Bashar al-Assad presidency was thwarted. The mainstream media originally portrayed ISIS groups as courageous clean cut rebels fighting for freedom. This ended after the alternative media flooded the web with evidence of rebel led genocide and atrocities.

Had the American public and American troops been tricked into even deeper involvement in Syria as well as helping ISIS overthrow Assad, this could have potentially pushed us into direct confrontation with either Russia or Iran or both. We would be seen as the villains, supporting monsters as they commit war crimes in the name of an ideology many Americans despise.

Those unfamiliar with the concept of the False East/West Paradigm will probably be at a loss as to why the establishment would WANT to deliberately undermine America's geopolitical or economic position. Once they understand that both China and Russia maintain close ties to the globalist framework, and that they represent false opposition to the "new world order", the reality of the situation becomes more clear.

I recommend my article 'In The New "Multipolar World" The Globalists Still Control All The Players' for facts and evidence on this dynamic. The engineered destabilization of the US and parts of Europe and the rise of the East is intended to cause the removal of the current economic model of sovereign nations and currencies led by the US dollar as the world reserve. This would leave quite a void in the global economic structure, a void which the elites plan to fill with a new centralized one world currency system.

This system, to be managed by the IMF, has been openly supported by both the Chinese and Russian governments. The delusion that the East is somehow opposed to the NWO melts away when we examine their long time alliances to the banking cabal, as well as the IMF programs the East now champions. But how do the elites plan to get the masses to go along with such a historic and painful shift in global economic architecture?

In my view, the confrontations in regions of confluence like Syria are intended to lead to World War; not in the form of a nuclear war, but in the form of a full spectrum economic war and smaller regional wars. There is another nation beyond Syria that I have also been warning about for many years as a potential nexus, or what the elites might call a "linchpin". That region is Venezuela.

In my article 'How A Collapse In Venezuela Could Trigger Martial Law In the US', published in May of 2016, I outlined how the socialist structure of Venezuela in particular was so unstable that the slightest push could cause the entire country to topple. Venezuela did indeed crash economically to the point that martial law is the only mainstay holding the system together.

I have also warned that a collapse in Venezuela could spread into surrounding countries, already weakened by fiscal uncertainty and debt. Such a collapse in South America rather strangely matches the scenario described in Operation Garden Plot and Rex 84, a secret Pentagon plan exposed during the Iran/Contra affair which would use mass migrations from South or Central America as a rationale to enforce martial law measures within the United States.

In recent months, however, the Trump Administration has added a new dimension to the problem. Expanding sanctions against Venezuela are adding fire to the flames of economic collapse. With an even more aggressive stance against Nicolas Madruro including possible military action, the prospect of a direct US led coup is now on the table.

One would think that if the US government wanted a breakdown in Venezuela, all they would have to do is sit back and wait as the socialist nation imploded under it's own faulty economic policies. But apparently the country was not collapsing fast enough for the elites. My theory – the goal is to create another Syria, but this time much closer to US borders.

Venezuela has close ties to not only Russia, but also China. Venezuela's military ties to Russia are well known. Their military is supplied to this day by Russia, and Russia has been very vocal in their opposition to any US military involvement in the region.

Both China and Russia continue to support Nicolas Madruro as the president of Venezuela in the face of opposition from assembly leader Juan Guaido. The US and a number of European nations support Guaido. The question is, how far will a confrontation in Venezuela go?

US involvement in South and Central America does not paint a pretty picture. Reagan era coups in countries like El Salvador in the name of stopping communism created not only civil war, but also the installation of more violent dictators and regimes (look up the White Hand death squads in El Salvador for the ugly details). Not coincidentally, we also saw the use of death squads and extremists in the destabilization of Syria.