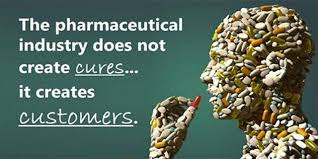 The pharmaceutical industry certainly seems to attract more than its fair share of evil people who are totally focused on making money at any cost. In the United States, which has very lax federal regulatory laws in this regard, pharma giants have become infamous for price gouging – jacking the prices of lifesaving medications up astronomically, and virtually overnight.

The latest example of this total lack of empathy for the plight of the people dependent on their medications, is a pharmaceutical manufacturer called Avondale Pharmaceuticals which recently hiked the price of a prescription version of vitamin B3 (niacin), called Niacor, from $32.46 to $295.

Though inexpensive generic versions of this vitamin are available over the counter, doctors often prescribe this specific brand for the treatment of high cholesterol. The company purchased the rights to produce Niacor from a Japanese company called Sawai Pharmaceutical in 2017.

Not content to stop there, Avondale also purchased the rights to produce another drug called SSKI, which is used in the treatment of respiratory illnesses, and pushed that drug's price up from $11.48 to $295.

Both price increases were implemented on November 13, 2017.

The Independent reports that Avondale is shrouded in mystery. The company has no website, and the office at the address listed as its head office in Birmingham, Alabama, is empty. When The Independent approached people working in neighboring offices, none had heard of the company or of its representative, Acrogen Pharmaceuticals, registered by a Mr. Mark Pugh in 2016.

Journalists from The Independent received no response from Mr. Pugh when they tried to contact him by phone and via email to get his side of the story.

Pugh's Linkedin page identifies him as the CEO of yet another pharmaceutical company – Acella Pharmaceuticals – and notes:

Of course, Mark Pugh is just the latest in a long list of evil Big Pharma profiteers. The most famous is probably Martin Shkreli, labeled the most hated man in America – at least back in 2015 – by the BBC.

GQ Magazine described Shkreli as "the fratboy CEO who gained overnight notoriety after his company, Turing Pharmaceuticals, raised the price of HIV drug Daraprim from $13.50 a dose to $750: an increase of 5,500 percent."

Despite the immediate and massive backlash from the public, Shkreli remained unrepentant. The Guardian reported that in an interview with the Financial Times (FT), he arrogantly insisted, "To me the drug was woefully underpriced. It is not a question of 'Is this fair?' or 'What did you pay for it?' or 'When was it invented?' It should be more expensive in many ways."