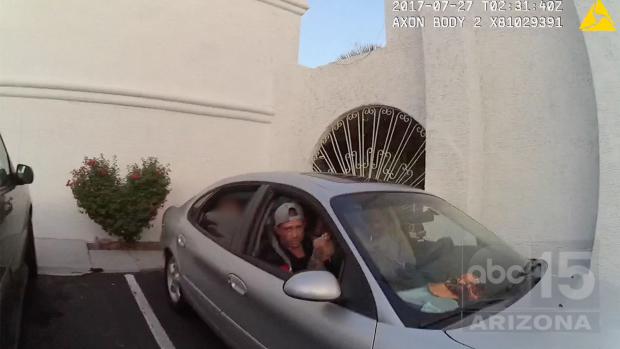 The Glendale police officer who repeatedly tased a handcuffed man could not have seen the alleged turn signal violation that he claimed was the reason for the stop, according to experts who reviewed surveillance video, body camera footage, and documents obtained by ABC15.

Law enforcement experts said the evidence clearly shows that Officer Matt Schneider made up the reason for the traffic stop that descended into a violent use of police force and made international headlines.

"I absolutely do," said Jeff Noble, an expert witness, attorney, and former deputy police chief, when asked if he believes Schneider lied. "I don't think that's truthful at all."

ABC15 obtained internal documents showing that Glendale officials did identify that Schneider's story was "unlikely" but failed to hold him accountable.

"What the department did, I would put at a level even worse than Schneider's conduct," Noble said.

"(Glendale) saw the evidence. The evidence that not only did this horrific incident occur, but it was based on an untruthful act by an officer," he said. "Which tells me that the organization is engaged in covering up at least portions of the conduct of this officer."

On July 27, 2017, Officer Schneider said he "observed the listed vehicle (Ford Taurus) fail to use its turn signal when it drove from Glenn Drive into the Motel 6 parking lot," police records show.

Schneider also repeated the claim to other officers at the scene, according to his body camera footage. Watch the raw body camera video in the player below. WARNING: The video contains uncensored language and violence.

We Live in a Fraud of Unprecedented Dimensions

Return of Kabuki - If We Let It