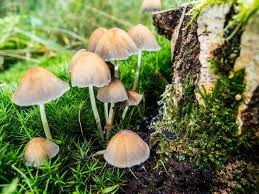 When Todd's psychiatrist suggested he start taking psychedelics, he figured it was a joke.

It wasn't. The former corporate executive from Colorado retired in 2006 after an MRI revealed his spine was riddled with a dozen tumors called hemangiomas, which later spread to his brain. Todd was told he would die before the end of 2008.

Somehow, Todd has survived—he credits medical marijuana, which he now uses daily—but he is still considered terminal. "It could be tomorrow. It could be five years from now," he says in a call.

However, the 54-year-old spent the past decade plagued by a host of mental health problems, including PTSD and treatment-resistant depression. He was suicidal and tormented by violent night terrors. Nothing, not even massive doses of Xanax or Valium, could temper his panic attacks or end-of-life anxiety.

"My mental condition was deteriorating rapidly, and I was on [antidepressant] medication No. 14 and it wasn't working," Todd says. "My psychiatrist said, 'I honestly think you're a big candidate for psychedelics.'"

That was about a year ago. Todd began taking homegrown psilocybin, the highly illegal alkaloid in so-called magic mushrooms. Known for prompting profound hallucinations, psilocybin was placed in the restrictive Schedule I category in 1970, meaning the US government recognizes no medical use for the drug and says that it carries a high risk of abuse.

Todd says there have been clear benefits from psilocybin with few side effects. He hasn't had a single PTSD episode since he began taking it. His depression evaporated. The mushrooms even help ease the pain—agony that feels like being "shot in the back"—from the nerve-crushing tumors in his spine and skull.

Episode 402 – Your Guide to The Great Convergence