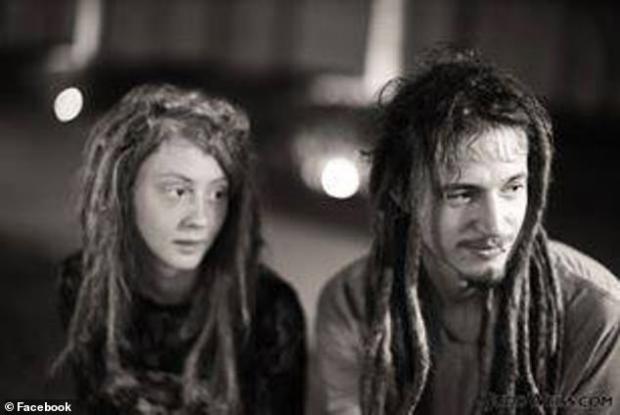 Woman who described herself as John's partner said she witnessed shooting

Gunmen shot Galton and his friend, Jason Henza, 43, who survived

Galton's girlfriend has been identified as Lily Forester

YouTube video claims the couple had been on the run in Acapulco after they were wanted by U.S. authorities

An American woman posted a chilling video on social media in which she describes the murder of her anarchist boyfriend by assailants in the Mexican resort town of Acapulco.

The woman who says she is the victim's partner, Lily, said via social media that she saw the gunmen go straight for her boyfriend, who she calls John Galton, and his friend Jason Henza, 43.

'Lily' was later confirmed to be a woman who goes by the name Lily Forester. Both Lily and John are anarchists who, in early 2016, fled drug charges in the U.S.

Henza made it to a private hospital with bullet wounds in an armpit, leg and hand. The hospital said he checked out that same day.

The shootings shocked the tightknit anti-establishment community of expatriates that organizes events in the retreat with seminars on topics such as how to make money via cryptocurrencies.