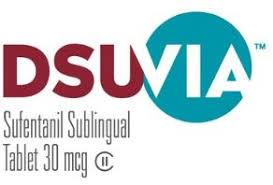 "The lack of insight that continues to be exhibited by the agency is in many ways a willful blindness that borders on the criminal." — top FDA official.

In a massive move to expose the Food and Drug Administration's loyalty to big pharma, a top official from within the agency has come forward with damning claims. The FDA has succumbed to Big Pharma's influence and is approving deadly drugs to benefit their industry backers.

Dr. Raeford Brown, who is chair of the FDA's committee to review various opioid based drugs before approving them, blew the whistle in an interview with the Guardian this week.

Brown told the Guardian that there is a "war" inside the FDA in regard to approving opioids. Brown said the agency has "failed to learn the lessons" of the recent epidemic which now claims tens of thousands of lives each year—around 150 deaths every single day.

As TFTP reported in November, the FDA sided with its Anesthetic and Analgesic Advisory Panel, which voted 10-3 to approve Dsuvia, a sublingual tablet form of sufentanil, against the recommendation of its chairman.

Brown, who was one of the "no" votes on the panel, called Dsuvia a "terrible drug" and noted how the entire approval process was manipulated.

Adding to the ominous nature of the recent approval is the fact that Dsuvia's development was partially funded by the Department of Defense. Part of the problem critics of the new drug claim is that it is in pill form which will undoubtedly lead to abuse and black market sales. However, that's exactly why the DoD wants it so they can administer it on the battlefield.

Since COVID Vaccines Are Experimental, Vaccine Administrators Must Inform You of Risks

FDA HIDES DOCUMENTS ABOUT WEED KILLER IN VACCINES -- NOW WHY WOULD THEY DO THAT?

FDA HIDES DOCUMENTS ABOUT WEED KILLER IN VACCINES -- NOW WHY WOULD THEY DO THAT?