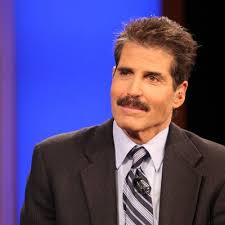 It's school choice week. Many kids don't have choice in where they go to school. The school choice movement is trying to give them that opportunity.

Of course, having choice when it comes to what kids learn is important too.

So John Stossel started a charity called Stossel in the Classroom. It offers teachers free videos that introduce kids to free market ideas. Students rarely hear about these ideas in school.

Graduates from Queens Technical High School in New York City who watched the videos while they were in high school explained that the videos were different from what they were used to.

"They really opened up my mind to think differently" said Xiomara Inga. Antonio Parada added the videos "changed the way that I viewed the world."

Gabriel Miller was so inspired by videos about the founding of America, he decided to enlist in the National Guard. He explains, "We are taught that this country is horrible." But after watching the videos, "I felt ashamed for what I initially believed…[so] I wanted to give back."

Diony Perez was inspired to open his own business, an auto leasing company called Familia Motor Group. "The Stossel videos helped me become more of an entrepreneur," Diony said.

There IS a Way to Make Quality Education Affordable

In Denmark, the forest is the new classroom

Most Schools Won't Reopen in Fall 2020: Here Are Some Alternatives for Learning