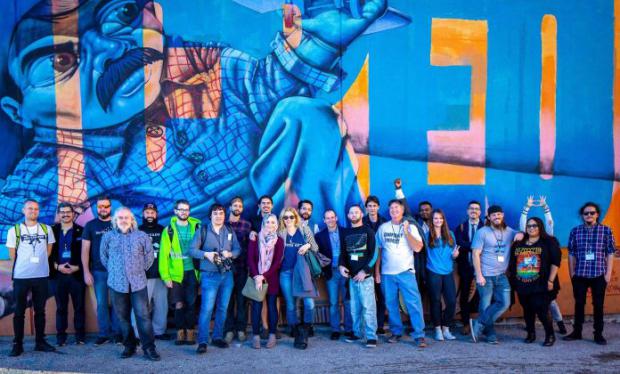 Over the weekend, members and owners of multiple alternative media outlets gathered in Houston, Texas to discuss the heavy hand of corporate and government censorship and how to stop it. The meeting was a success with the common theme of peaceful voices refusing to be silenced.

For those who remember, on October 11, 2018, Facebook and Twitter — without warning or justification — deleted the pages of Free Thought Project and Police the Police which had over 5 million followers. During this purge, they also removed hundreds of other pages who had massive followings like the Antimedia, Cop Block, and Filming Cops.

The owners of these pages would eventually find out that the secret hand behind this massive purge was tied to government via the Atlantic Council.

As we previously reported, the Atlantic Council is the group that NATO uses to whitewash wars and foster hatred toward Russia, which in turn allows them to continue to justify themselves. It's funded by arms manufacturers like Raytheon, Lockheed Martin, and Boeing. It is also funded by billionaire oligarchs like the Ukraine's Victor Pinchuk and Saudi billionaire Bahaa Hariri and the US government.