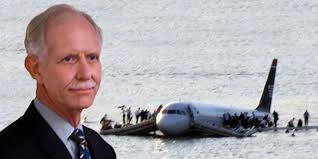 On Jan. 15, 2009, Captain Chelsey "Sully" Sullenberger made a series of decisions that saved the lives of all 155 people aboard the ill-fated flight 1549 out of New York's LaGuardia Airport. Yesterday, on Twitter, Captain Sullenberger shared a play-by-play memory on the 10th anniversery of the emergency that would later be named "The Miracle on the Hudson."

In his tweets, there are a lot of survival lessons that can be learned.

In his tweets, there are a lot of survival lessons that can be learned.

Most of the time, when emergencies happen, we don't have any advance warning. Disaster strikes out of the blue and it's the knowledge and preparation we gained ahead of that which will save us…or not.

10 years ago today the lives of everyone on #Flight1549 changed forever. I offer my recollections here in a series of tweets that I've written for my team to send out today.

I began a four-day trip on Monday, 1/12/09 in Charlotte, where I met First Officer Jeff Skiles for the first time. Wednesday night we had a long layover in Pittsburgh. I later learned Jeff went to see Clint Eastwood's "Gran Torino." (Eastwood would direct "Sully.")

Thursday, January 15, 2009, started like 10,000 other days. It was snowing in Pittsburgh and our plane had to be deiced. I hoped the weather would cooperate so I could get home to California that evening. We made it to LaGuardia only a few minutes behind schedule…

…15:24:54: First Officer Jeff Skiles and I were ready and LaGuardia tower cleared our flight – identified as "Cactus 1549" – for takeoff. And like nearly every other flight I'd had for 42 years, #Flight1549 was completely routine and unremarkable – for the first 100 seconds.

Then, a disaster that no one could have predicted or prevented struck.

As the plane was gaining altitude, a flock of Canada geese was in the way. The accident was unavoidable.

Why G Edward Griffin has a positive outlook on the future