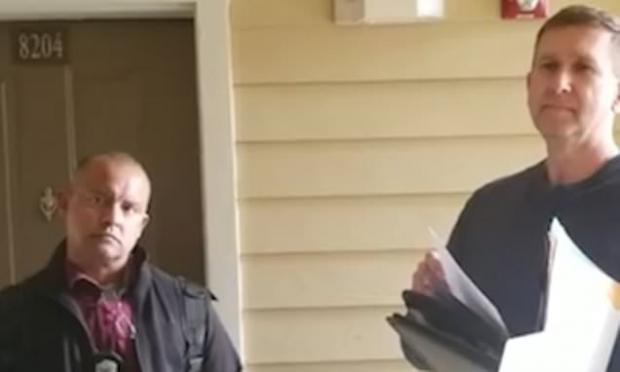 A clip, filmed in San Antonio, Texas, shows a woman confronted at her doorway

A video of a Secret Service agent arriving at a woman's door hours after she made a fiery comment about Donald Trump on Facebook has emerged.

The clip, filmed in San Antonio, Texas, US, shows an agent and a police officer standing on a woman's doorstep as they try to question her on January 10.

Throughout the video, the shocked woman argues about her right to freedom of speech and repeatedly asks if she has committed a crime.

She asks them: 'You're with the secret service you said?'