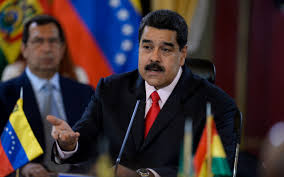 The Venezuelan government has published a decree requiring taxpayers with crypto operations in the country to pay their taxes in cryptocurrencies. Similarly, operators of foreign currencies must pay their taxes in those currencies. The decree states that the change is necessary for the "strengthening of the current fiscal regime."

The government of President Nicolás Maduro published a decree that will require taxpayers who carry out operations in foreign currencies or cryptocurrencies to pay their taxes in that same currency and not in bolivars. The decree states that "the Venezuelan people are currently facing a fierce war waged by internal and external factors that pursue the deterioration of the economy, which is why it is necessary to adopt sufficient measures to ensure the strengthening of the current fiscal regime." The Ministry of Popular Power of Economy and Finance is in charge of the execution of the decree which is effective as of the time of the publication in the national gazette. Two exemptions are listed in the decree: "transactions of securities traded on a stock exchange" and "the export of goods and services, carried out by public bodies or entities."

Furthermore, the decree describes that payments such as tax refunds for cases established in the decree will be made in the "national currency." Maracaibo Municipality in Venezuela's Zulia State recently announced that it will use the national "cryptocurrency," the petro, as the basis for business tax calculations, Runrunes reported. The announcement created some confusion among residents, who thought that they would have to pay their taxes in petros.