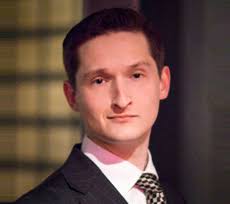 (Natural News) A Pennsylvania doctor with no criminal record was denied his right to own a firearm only because he possesses a legal medical cannabis card. Unable to properly defend himself, the 33-year-old doctor has filed a lawsuit against the FBI and the Bureau of Alcohol, Tobacco, Firearms, and Explosives (ATF). The case will impact millions of medical marijuana users and gun owners across the United States.

Dr. Matthew Roman's story began one afternoon in April of 2018. He and a friend were headed to a Philadelphia gun store named Firing Lane to shop for a pistol for home defense purposes. Dr. Roman was interested in a Smith and Wesson 638 – a .38 special, double action revolver. When he went to purchase the small six-shooter, the gun shop clerk asked Roman to answer a few questions to comply with the ATF's 4473 form. On line 11e of the form, the buyer is asked whether he or she possesses a medical cannabis card.

After confirming he has no criminal history or history of violence, Dr. Roman answered truthfully about his medical prescription for cannabis, which is legal in the commonwealth of Pennsylvania. The gun store clerk told Dr. Roman that he couldn't purchase the firearm because of his legal marijuana use.

By November, Dr. Roman sued the FBI and ATF. He claims that the government agencies are denying individuals the right to lawfully purchase firearms without providing any due process. Dr. Roman argues that "this strict, rigid, blanket prohibition violates the fundamental constitutional rights of tens of thousands of non-violent, law-abiding citizens, and thus violates the Second and Fifth Amendments of the Constitution."

No Path For Confirmation To ATF For Chipman? Biden Admin: "Not Over 'Till It's Over!

Rare Breed Triggers Fires Back At ATF, Says "Will Not Comply"

Operation Fast and Furious: The Forgotten History of the ATF's Notorious Gunwalking Scandal