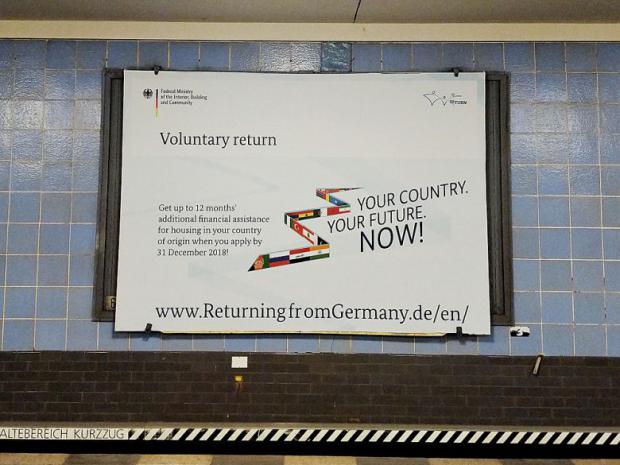 A series of flags corresponding with the top-destinations – Egypt, Turkey, Afghanistan, Eritrea and Russia – shapes a zigzagging road to a fictional horizon.

The "ReturningfromGermany" ad campaign is the latest tactic by the German government to boost departures and deter migration, in a reversal of Angela Merkel's controversial welcoming policy of 2015 at the height of the Syrian refugee crisis. The campaign is the brainchild of  interior minister Horst Seehofer, Merkel's rebellious right-wing rival, who forced a coalition crisis over Germany's asylum policy last summer. -National Post

As rejected asylum claims pile up - and arrivals have normalized since a flood of 700,000 migrants three years ago, the billboard campaign is aimed at the roughly 235,000 people who are still required to leave the country according to the interior ministry.