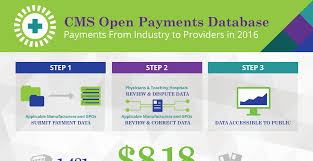 In 2014, Harvard University stated that prescription drugs are the 4th leading cause of death. North American culture practically worships the pharmaceutical industry and often fails to recognize many of the issues within it. Many Americans are completely unaware that new prescription drugs have a 1 in 5 chance of causing serious reactions, even after being approved.

In fact, approximately 1.9 million people are hospitalized annually due to properly prescribed medication (not including any overdoses, self-prescriptions, or mis-prescribing). 128,000 people die every year in the U.S. from drugs prescribed to them, so why is this still happening? The reality is, drug companies make a lot of money from selling prescriptions, and they even pay doctors to do it for them.

If you've ever questioned this industry and your doctor's motives, here is some good news: You can now find out how much your doctor is paid annually to prescribe any drug. In addition, you can also search any company name and find out how much they pay doctors in total every year.

The two former options allow you to see how much doctors and hospitals are paid annually by pharmaceutical companies to prescribe drugs. If you search a specific company, on the other hand, you can see a detailed summary of their spendings. There's specific information outlining which doctors are paid the highest amounts, how many doctors they pay nationwide, the nature of these payments, and then specific details of every single payment they made to doctors that year.

For example, when you type Big Pharma giant Gilead Science Inc. into the tool bar, you can see that the company spent $36,830,535.40 in Total General Payments and $45,394,349.76 in Total Research Payments in the year 2015 alone. 48.4% of payments were classified as "Compensation for services other than consulting, including serving as faculty or as a speaker at a venue other than a continuing education program." The top paid physician made more than $600,000 in 2015 from simply prescribing drugs manufactured by Gilead Science Inc.