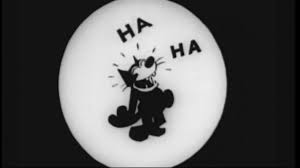 When the clock strikes midnight on New Year's Eve, movies, songs, and books created in the United States in 1923—even beloved cartoons such as Felix the Cat—will be eligible for anyone to adapt, repurpose, or distribute as they please.

A 20-year freeze on copyright expirations has prevented a cache of 1923 works from entering the public domain, including Paramount Pictures' The Ten Commandments, Charlie Chaplin's The Pilgrim, and novels by Aldous Huxley.

Such a massive release of iconic works is unprecedented, experts say—especially in the digital age, as the last big dump predated Google.

"There is certainly great value in effectively restarting the public domain, but the mistake was having extended the term of protection for already created works in the first place," Michael Geist, a law professor at the University of Ottawa, told Motherboard.