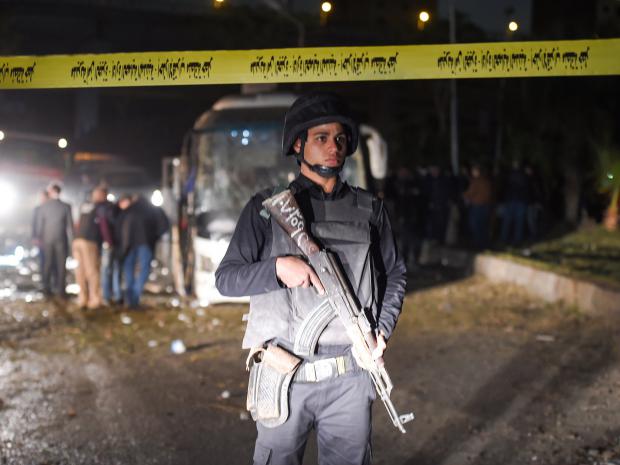 In the usual fashion of Egypt's Sisi-led military junta, security forces have gone into "terror hideouts" guns a blazing after Friday's bus bombing which left 4 dead and a dozen injured, mostly Vietnamese tourists visiting the Giza Pyramids outside of Cairo, in a casualty toll that climbed from two to four later in the day. The raids killed 40 terrorists according to Egyptian security officials, and authorities announced further the successful counter-terror operation thwarted a planned "series of attacks on tourist sites, churches and military personnel," according to the BBC.

Reports identified that 30 of the militants were killed during early morning raids by police and military personnel in Giza while a further 10 were ambushed by security forces in Northern Sinai, according to the interior ministry.

"A group of terrorists were planning to carry out a series of aggressive attacks targeting state institutions, particularly economic ones, as well as tourism... and Christian places of worship," the ministry statement said.