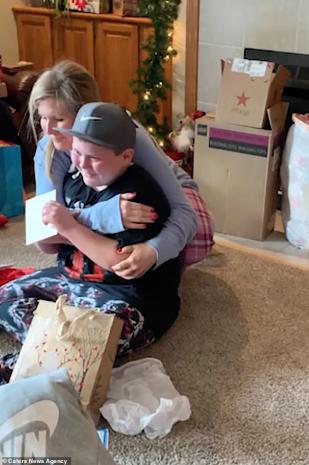 -The Kipharts surprised Carter with the request on Christmas Day

-Carter agreed to become a Kiphart before breaking down in tears

The moment a young boy was adopted as a surprise for Christmas has been captured in a tear-jerking video.

Leah Kiphart, from Lancaster, Ohio, saw her family of seven expand into a family of eight, as she presented her nephew, Carter Wyles, with adoption papers on Christmas Day.

Carter, 11, was spending the day with his aunt and cousins, and had already received a number of gifts, including toys, clothes and headphones.

Opening a final box, which contained a picture of Leah's family, a note asked Carter if he wanted to join them permanently as a 'son and brother'. 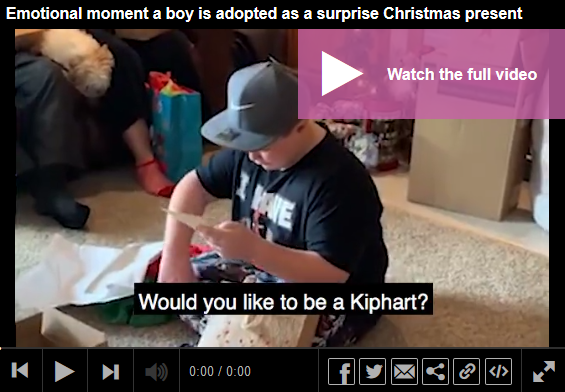