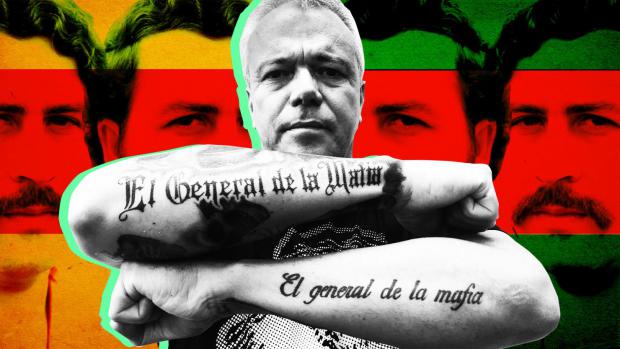 CALI, Colombia — Jhon Jairo Velásquez Vásquez served for years as the ranking sicario, or hitman, of the Medellín Cartel under Pablo Escobar, who was killed 25 years ago this month. Known by the sobriquet "Popeye" because he had served as an officer in the Colombian navy, he says he personally murdered hundreds of people and ordered the deaths of thousands more.

Popeye was released from prison in 2014 after serving a 23-year sentence. In 2018, he was again arrested as part of a new investigation, although he maintains he is innocent of the new charges. A hero to many next-gen sicarios in Colombia, Central America, and Mexico, Popeye remains unrepentant and defiant.

For this exclusive Daily Beast series, Popeye agreed to speak from prison about his time as chief assassin within Escobar's drug-fueled empire. Told in his own voice, and with only minor edits for continuity, these anecdotes provide a personal and penetrating account of what it was like to serve as second-in-command to one of the most infamous drug lords of all time.

The Bombing of Avianca 203

THE DAILY BEAST: What can you tell us, please, about your involvement in the bombing of Flight 203?

POPEYE: So in November of 1989, an Avianca airlines plane explodes in mid-flight, killing 107 people in the air [including two U.S. citizens] and three more on the ground. This happens in the middle of our war with the government…

Pablo Escobar ordered the bombing to kill presidential candidate César Gaviria Trujillo. We had killed Dr. Luis Carlos Galán in August 1989. Dr. César Gaviria was the heir to the throne of Dr. Galán, and their signature plan was the extradition of Colombians to the US.