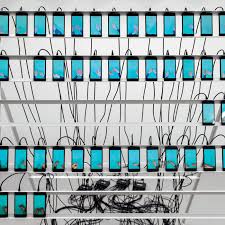 In late November, the Justice Department unsealed indictments against eight people accused of fleecing advertisers of $36 million in two of the largest digital ad-fraud operations ever uncovered. Digital advertisers tend to want two things: people to look at their ads and "premium" websites — i.e., established and legitimate publications — on which to host them.
The two schemes at issue in the case, dubbed Methbot and 3ve by the security researchers who found them, faked both. Hucksters infected 1.7 million computers with malware that remotely directed traffic to "spoofed" websites — "empty websites designed for bot traffic" that served up a video ad purchased from one of the internet's vast programmatic ad-exchanges, but that were designed, according to the indictments, "to fool advertisers into thinking that an impression of their ad was served on a premium publisher site," like that of Vogue or The Economist. Views, meanwhile, were faked by malware-infected computers with marvelously sophisticated techniques to imitate humans: bots "faked clicks, mouse movements, and social network login information to masquerade as engaged human consumers." Some were sent to browse the internet to gather tracking cookies from other websites, just as a human visitor would have done through regular behavior. Fake people with fake cookies and fake social-media accounts, fake-moving their fake cursors, fake-clicking on fake websites — the fraudsters had essentially created a simulacrum of the internet, where the only real things were the ads.

How much of the internet is fake? Studies generally suggest that, year after year, less than 60 percent of web traffic is human; some years, according to some researchers, a healthy majority of it is bot. For a period of time in 2013, the Times reported this year, a full half of YouTube traffic was "bots masquerading as people," a portion so high that employees feared an inflection point after which YouTube's systems for detecting fraudulent traffic would begin to regard bot traffic as real and human traffic as fake. They called this hypothetical event "the Inversion."

Amazon is about to share your Internet connection with neighbors. Here's how to turn it off.

What Does an Error 404 Mean? Fix the Page Not Found Error Message With These Tips

Everything You Need to Know About Using Tor Browser on Linux